A downloadable game for Windows and macOS

Thank you for stopping by.

This game was made for Community Game Jam in one week. Theme: The Game is a Liar.

Genre: Kind of a puzzle platformer with a little bit of humor.

Story: You play as a small creature trying to change its destiny.

Feel free to give us honest feedback. We've made a few games before but this was our first game jam and we're looking forward to any opinions.

- Fixed some platforms and stuff

- Some little tweaks here and there

It's fine in concept, but the lack of a good checkpoint system makes it a chore to play. The player should respawn at the start of the room where they died, not the start of the game. Yeah, the checkpoint portals make it better but still not good. Having to go through previous levels every time you die is a waste of time.

Yeah, I agree. The checkpoints could have been done better. It was made for a game jam and there was no time for proper testing. Anyway, hope you had some fun and thank you very much for your feedback.

I know this comes very late but ought to share it anyways with u guys!! I really admire Attu Games for their work on Feudal Alloy, thank u and keep it up u two ♥

Thank you very much for the kind words and for sharing the video. Thanks! :)

Could you add some patchnotes? The only thing I noticed that was different is that you moved that platform at the end of the first room, so that you can only reach the end by taking the upwards route.

This time I did make it a lot further. Namely the platform that moves away just before you land on it. I had hopes that you guys would add some checkpoints and grace jumping, but both haven't been added.

I've just uploaded a new build v1.02 containing the requested checkpoints (kind of) and some platforming tweaks. I still think that simple checkpoints that reset just a current room would completely destroy the experience. So we tried something that imo makes the game much more enjoyable without ruining it by making it too easy.

Anyway, thank you very much for trying the game and giving your feedback.

Okay, I played v1.02 as well, but I didn't notice any checkpoint system whatsoever. If you don't want to add checkpoints, then perhaps you can make it more fun to replay the same parts over and over again.

This time I noticed that there was a secret room (before meeting other creature) and that there was this button behind a door that I couldn't get to (near moving platform). Maybe there can be secret paths that you only know about once you clear a certain part.

Yeah, those are shortcuts that you open from the other side so you bypass some of the rooms you alrady finished. This imo suits it much more then just simple checkpoints.

Can you please do a Mac build?

Yes, I'm gonna upload it today. (we had to wait till the game jam voting period ends)

Indeed good graphics. Very promising game but could be much better with proper checkpoints. It's really boring to replay the same simple areas over and over.

well done with this. how big was your team?

I really enjoyed the game, it was kinda like Syobon Action (Cat Mario)! Love the style and the character just wish it was longer.

I shared your post here and a lot of people love this game!

Thank you very much! Yeah, it was made for the Community Game Jam so that's why it's so short. :) Glad you had fun anyway.

And thaks a lot for sharing it on Reddit! Really appreciated.

though i cant pass the jump with spike in the wall, its a really good game with a good design! it kinda reminds me of portal but anyway,

Thank you very much! I'm really glad you liked it.

Thank you for a challenging but also fun game really enjoyed i, even tho it me 1h53m to record, Lol

Awesome! Thanks a lot!

I love seeing quality works come out of Game Jams and The Tutorial definitely makes that list. The art, while simple, looks really nice, and I enjoy the cartoonish character animations. The controls are solid, it handles well, and the mechanic...heh...I guess it's justifiably frustrating, given the theme. Nothing too over the top difficult, just a lot of tricks. I dig it.

Thanks a lot for such kind words and for making the video about the game. Really appreciated! :)

And thank you for making it. It was fun.

Reply
psychroclasm3 years ago
I didn't participate in the jam, but of the games I played, this was my winner. Animations are polished, platforming's tight, and the chase scene was a great idea.
Reply
NavrcL3 years ago

Thanks a lot! I'm really glad you enjoyed it. :)

I quit after the 33th attempt. I think I'll try again later. To anyone looking at this and thinking it's just a fun platformer with cute graphics... This game is specifficaly designed to frustrate you.

Thank you very much!

Very sneaky and quite a bit of challenge. Great work impaling me 50+ times overall playing. :)

Thank you very much! Glad you hade some nice time playing it :)

I want to like this game, but the first challenge after the first green button is just too hard for me. I would tap the button and still jump into the spikes. This is why you have someone else play test your game

Thank you very much!!

a cute little platformer with happy music anD an innOcent little beaN on an advenTure.

buT looks can  be deceiving

With some of the smoothest platforming gameplay and the most hilarious dark humour that I've experienced since Spelunky and Portal respectively, 'The Tutorial' is an amazing Permadeath experience that will push not just your patience but your very physical being to its limits.

I discovered the game just yesterday, and enjoyed watching your video as much as I enjoyed playing (except I gave up for physical reasons far before you did, though at least now I know how to avoid a couple upcoming tricks). Your reactions to the tricky and spiky parts are just hilarious!

Just to say your comment and video are perfect and spot on. (Loving the secret message. Spot on too! Even goes for your own muscle memory after a while!)

And I wholly agree with the death counter, just to add to the delightful rage this game builds up.

(This is basically a wordy upvote, but I had to say it!!)

Thank you it means so much to hear that you enjoyed the video! ^w^ <3

Thanks for the hidden warning :D 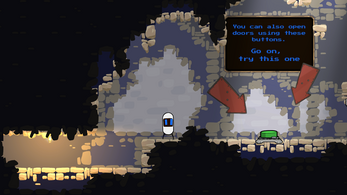 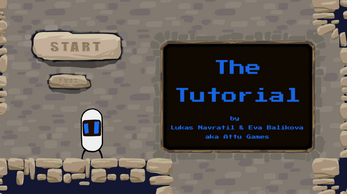 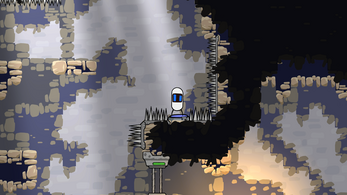